A city that stands out for its natural splendor. 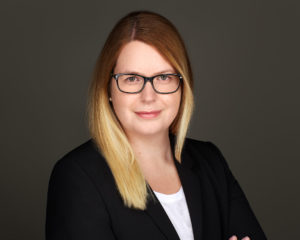 There are plenty of reasons to take a closer look at Cape Town!

First of all, there is the beauty of a rugged mountain range that drops precipitously into a glittering sea, its flanks covered with greenery and delicate flowers. Then there are the pristine white beaches lapped by a cold Atlantic Ocean, their curves edged by huge granite boulders for sunning, and babbling mountain streams in dappled forests. Another highlight is the surrounding valleys with their vineyards, whose rich terroir produces not only award-winning wines but also excellent produce.

But Cape Town also has a cool, urban side: excellent art galleries, hip bars, world-class restaurants and design-oriented stores. It’s also home to many innovative African artists and designers attracted by the city’s innate beauty, and with MOCAA, the city is now home to the largest collection of contemporary African art. In short, this vibrant city can sweep you away!

Cape Town a bubbling pot of mixed culture. Much can be written about culture in Cape Town and the Western Cape.

Cape Town, affectionately known as the “Mother City,” is the oldest and most culturally aware city in South Africa. Located at the southernmost tip of South Africa and bordered by the Indian and Atlantic Oceans, it is an exciting blend of first and third world cultures.

As the gateway to Africa, it is where indigenous cultures – San, Khoi and Xhosa, followed by Europeans and peoples of the Malay and Indian archipelagos – first set foot before exploring the rest of South Africa. Indelible cultural fingerprints remain, creating a diverse melting pot and a fascinating destination.

Richard Busch, travel editor at National Geographic Traveler, said: “The Western Cape region of South Africa is one of the most beautiful and fascinating destinations in the world in every sense of the word. In addition to a city of fascinating historic sites, excellent museums, vibrant markets and a handsomely restored waterfront, I’ve encountered mountain wilderness, rugged coastlines, sandy beaches, lush gardens, beautiful wineries, first-class hotels and some of the warmest, most hospitable people I’ve ever met.” (Source: riverlodge.co.za)

Although the San people were the original inhabitants of South Africa, they were systematically marginalized and exterminated by a succession of colonial rulers. Sadly, not much of their rich heritage remains. But 70 km north of Cape Town, on the west coast, is the cultural center of the San – !Khwa ttu. A visit to the replica San village gives an insight into the millennia of San life.

While there are numerous architectural reminders of the Dutch colonial masters around Cape Town, if you want to get a feel for the country’s Dutch heritage, there is South Africa’s second oldest town – Stellenbosch. This is where the Stellenbosch Village Museum is located. The museum district consists of four houses – Schreuderhuis, Blettermanhuis, Grosvenor House and OM Berghhuis. Each house represents a different architectural period and is furnished and decorated accordingly. The guides, dressed in period costumes, tell stories and excerpts from Stellenbosch’s history. 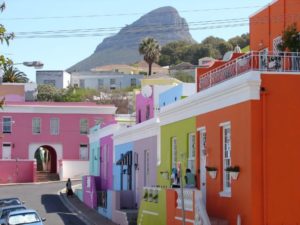 In the 18th century, the Dutch sent political exiles, slaves and convicts from India, Sri Lanka, Malaysia and the Indonesian archipelago to the Cape.

These individuals and their descendants became known as the Cape Malays, and many of them eventually settled in Bo Kaap.

If you visit the Bo Kaap, you will not only find the oldest mosque in the country – the Auwal Mosque on Dorp Street – and the oldest Muslim cemetery – the Tana Baru Cemetery – but also a museum dedicated to presenting local Islamic culture and heritage. This museum, housed in a building dating back to 1768, is known as the Bo Kaap Museum.

When Catholic France abolished religious tolerance in 1685, hundreds of thousands of French Huguenots (who were Protestant) fled to neighboring countries. About 200 of the Huguenots who fled to the Netherlands accepted the offer of free passage to the Cape Colony. The French Huguenots settled in the area now known as Franschhoek (“French Corner”), and although French soon disappeared as a home language, the influence of the French Huguenots can still be seen in South African family names and the strong tradition of winemaking.

One need go no further than Cape Town’s V&A Waterfront to find physical evidence of British rule in the Cape. But if you’re looking for something more specific, there’s Bertram House, located at the top of Government Avenue. This house, built in 1839 by an English immigrant, John Barker, is the only surviving example of the red brick English Georgian style houses that were once common in Cape Town. The house, which was converted into a museum in 1984, is furnished to reflect the home of a wealthy English family in the first half of the 19th century.

For a fuller picture of Cape Town’s history-and the heritage of all its people-one must look beyond the historic buildings and stately wine farms. Under the apartheid government, various laws were passed to enforce racial segregation and control the movements of those who were not considered white. Because of these restrictions, many black workers were forced to leave their families and live in hostels on the outskirts of cities like Cape Town in areas that had been declared “black areas.” Lwandle, located near Somerset West, was established in 1958 and housed workers who worked in the nearby fruit and canning industry. With the advent of democracy, most of Lwandle’s hostels were converted to more acceptable family housing, but the community decided to keep one hostel – Hostel 33 – and turned it into the Lwandle Migrant Labor Museum.

GET culturally Fit & Ready for a life abroad 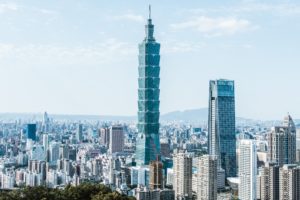 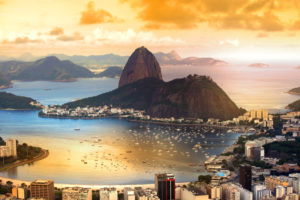 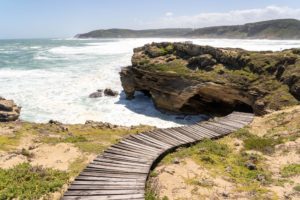 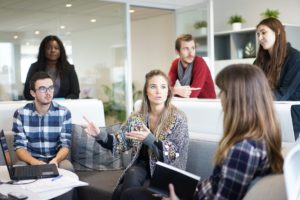